Cows have been milked twice a day, 365 days a year for over 60 years on the farm.

In the early eighties the original cows were lost to an outbreak of Brucellosis and a new herd of pedigree Friesians was established which built up to 60 cows in 1983. The farm won Golden Vale Dairy Farm of the Year 1983 and runner up in the National Competition. A cow called Baunacloka Clare won most shows she was exhibited in and was champion of most in that era.

In 1996 the herd was wiped out again with T.B. and in 1997 a new herd was purchased in France, this time pedigree American Holsteins. This was the foundation of the present herd with many top quality stock being bred from such sires as: O Bee Manfred Justice ,Landino Park Talent, Embacies Damion, Braedale Goldwyn and ElmPark Acme.

The current herd size is 110 dairy cows and followers with an average yield of 7,500 litres annually. Peamount Duc Dainty was purchased in recent years for 8,500 euros and has 3 of her progeny presently milking in the herd. Dainty was champion of champions 2005 in the national Show. The progeny of 2004 Agribex cow Clonew Idella7 bred many exciting looking stock for the herd.

The farm won many awards during the years and was runner up in the National Farm Family of the year 1999.
To date, we are now milking a herd of 120 twice daily. 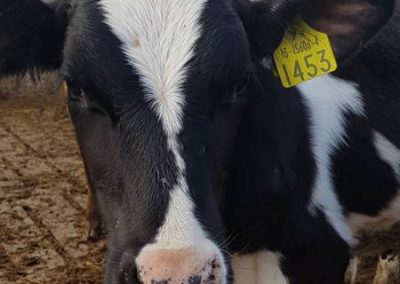 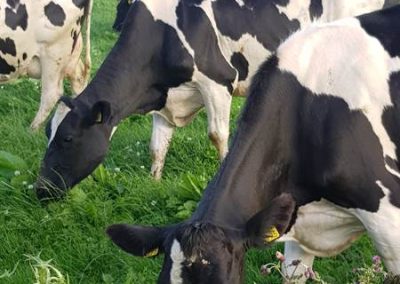 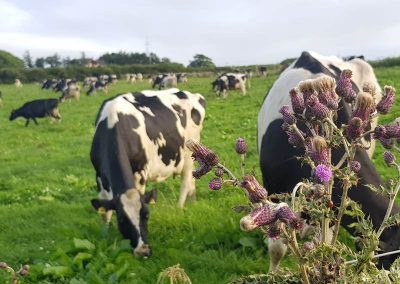 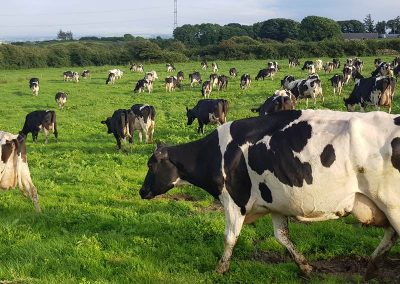 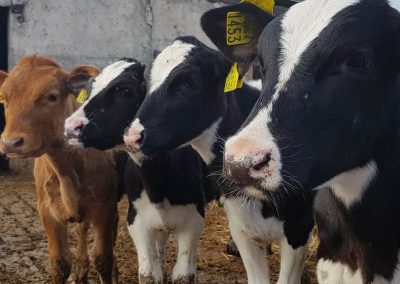